Home of the World’s Smallest Desert, and the great northern beach at Lake Bennett. 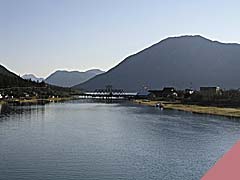 CARCROSS (population 430) known previously as “Naataase Heen” – water running through the narrows, “Todezzane” – wind blowing all the time, “Caribou Crossing” and in 1906 it became ‘Carcross”

The Coastal inland Tlingit trail was the historic lifeline between the Coastal Tlingits and the Northern Athabaskans. Trading and hunting between the rich inland Southern lakes and coastal region was the life of the Tlingit for hundreds of years before gold was discovered. The trail was known as the ‘grease trail’, because of the major transport of Eulachon oil. Products such as dried seaweed, dried clams, clamshells, plant medicine, cedar boxes and seashells were brought inland to trade for copper, furs, tanned hides, lichen dyes and mountain goat hair used to make the traditional Chilkat blankets. The Chilkoot Trail got its name. In the mid 1800’s the Hudson’s Bay Company initiated expeditions to the Yukon and establish the first trading posts. Trading with the First Nations and the Russians seemed a natural.

Carcross Commons
www.carcrosscommons.com
Welcome to the home of the Carcross/Tagish First Nation (CTFN). Touch a totem pole, talk with the artisan, Take a leisurely stroll along the sandy beach of Bennett Lake, explore the village and shop for local arts, crafts and food. Whether you’re seeking scenery, adventure, or solitude, you’re sure to find it here.

“The Klondike Gold Rush” which lasted from 1896-1899 marked the beginning of a new era. With the huge wave of people came churches, schools, stores, hotels and Northwest Mounted Police Posts. The Tagish people figured prominently in the Gold Rush and the men, women and children worked as guides, and packers on their Chilkoot Trail to Lindeman City, Bennett City, Caribou Crossing, Tagish and the newcomers carried on north by boat to Dawson. Lindeman and Bennett City had 10,000 stampeders each in May 1898. Once the WP&Y Railroad and station arrived in Carcross in 1900, the Caribou Hotel was moved from Bennett City. The big fire of 1909 destroyed both and more.

Carcross was known by the Tlingit people as ‘Naataase Heen’, meaning water running through the narrows. The Tagish people called it ‘Todezzane’, meaning wind blowing all the time. Both names are quite appropriate. It was called Caribou Crossing in 1904 and renamed Carcross in 1906 by Bishop Bompass of the Anglican Church.

Today, a few of the must sees include, the historic Caribou Hotel, St. Savior’s Anglican Church built in 1902 and the Baptist Catholic Church built in 1905, the Matthew Watson General Store,the oldest operating store in the Yukon and the Koolseen Cultural Centre of the Carcross Tlingit.

Montana Mountain, Carcross
Web Link
Welcome to the home of the Carcross/Tagish First Nation (CTFN). Whether you’re seeking scenery, adventure, or solitude, you’re sure to find it here. Montana Mountain has inspired our people for generations – now we hope that it inspires you.